School is back in session and summer is quickly coming to a close. But, that just means we’re getting closer to cooler weather, the leaves changing colors, and holiday food and drinks. Not to mention, the release of our new seasonal beers. So, the next time you swing by Festival, be sure to pick up a case of pumpkin-inspired seasonal beer before it’s too late. 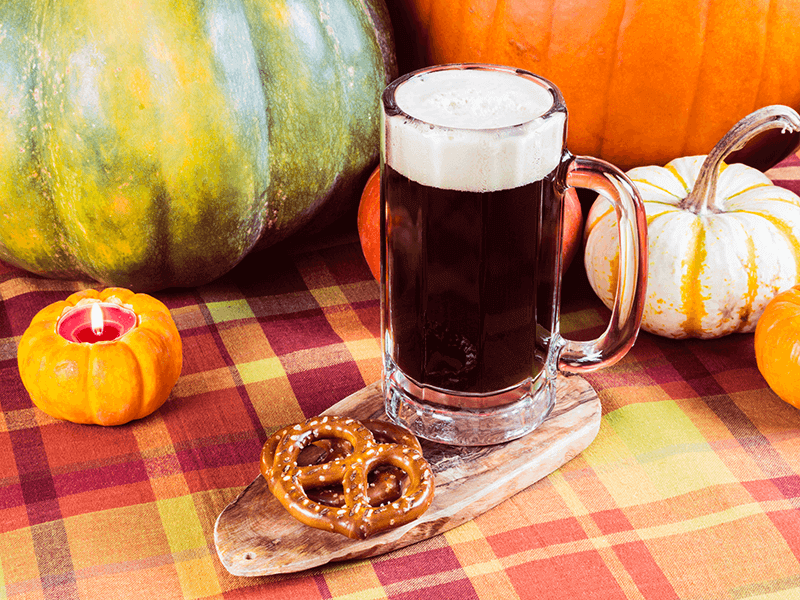 Samuel Adams Octoberfest has a rich, deep golden amber hue that perfectly reflects the fall season in which it’s released each year. This beer blends four roasts of barley to create a delicious blend of sweet flavors like caramel and toffee.

As the season cools, Dogfish Head Punkin Ale is the perfect beer to warm up with. This full-bodied brown ale has smooth hints of pumpkin and brown sugar in every sip. And, it is brewed with the finest pumpkin meat, brown sugar, and spices. When you find it, grab some extra because it is usually gone by Thanksgiving.

The beer of Munich’s famous Oktoberfest is aromatic, savory, and gold in color. Spaten Oktoberfest is a medium bodied beer that has achieved its great taste by balancing the roasted malt flavor with the perfect amount of hops. You will notice aromas of corn, caramel, butter, and biscuits, as well as a uniquely bitter finishing taste.

Spice up the fall season with a little pumpkin flavor. Stop into Festival Wine and Spirits for all of your favorite limited release fall beers.