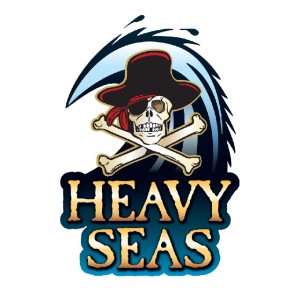 Heavy Seas started in 1995 and therefore claims the title of the oldest craft brewery in Maryland. They are also one of the most award-winning breweries on the east coast. Heavy Seas produces 18 different beer styles and distributes in 17 states. With tours of the brewery offered for only $5, you’ll definitely want to check this place out for your next day trip. During the tour, you’ll see how the beer is made, as well as other behind the scenes secrets of the trade. The fee for the tour includes a souvenir pint glass and beer sampling. That is a deal!

Of course we have to recommend their Double Cannon. It is often featured in our seasonal beer selection. Hop aromas blast out of this flavor explosion. Massively dry-hopped, with a balanced malt sweetness, this irresistible force showcases the power of bringing in the extra artillery. If you’re familiar with their beers, you’ll notice that the Double Cannon has captured the beautiful balance of Loose Cannon but we’ve doubled the firepower. We employed the late addition, whirlpool, hopback, and dry-hopping process that makes Loose Cannon such a flavorful IPA. If you like this beer, Heavy Seas recommends trying their Cross Bones or Loose Cannon Brews.