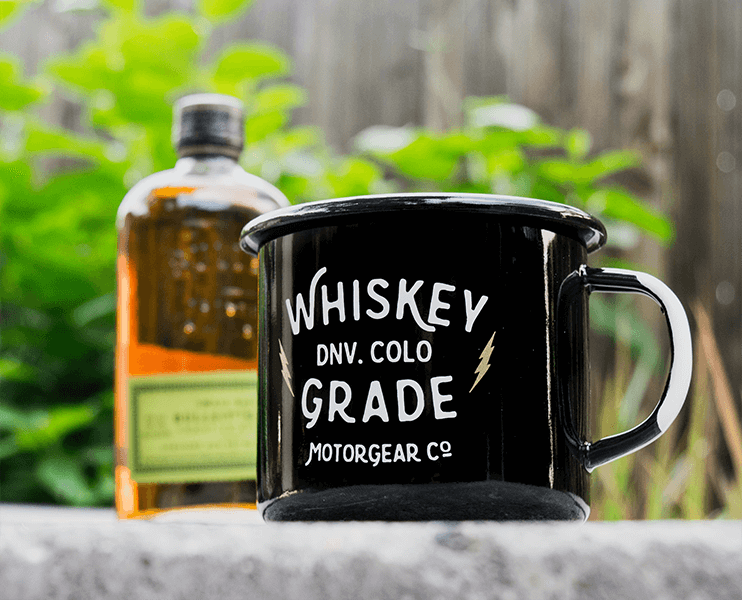 Whiskey is a general term that describes any spirit distilled from malted grain. It actually was born from beer. The word itself means ‘water of life’ and we couldn’t agree more. However, if you aren’t familiar with whiskey you might have heard some terms floating around. Rye whiskey, bourbon whiskey, Scottish whiskey, etc. And the key thing to know, is there are distinctions for a reason. Not all whiskey is created equal. If whiskey is something you like or want to get into, check out our beginners guide to whiskey.

Understand the Types of Whiskey

To start out or guide to whiskey, let’s get the main types of whiskey out of the way. There are many types of whiskey. Many are named after the place they are made and have distinct distilling methods. But let’s just say that gets a bit technical. So to start, let’s just understand the basics: the difference between bourbon, rye, and scotch.

This is an American whiskey that is barrel-aged and made from corn. Bourbon’s roots are from Kentucky and many think only real bourbon can come from there (well most of it is). However, that’s not a hard and fast rule. Actually, there are rules when it comes to what defines a whiskey as bourbon. For starters, it has to be made from a mixture of grain containing at least 51% of corn. While it has no aging period requirement, a straight bourbon should age for at least two years and by law, has to be stored in a charred oak container with no additives. The most important part is it is made in the United States.

Why try it? It’s a great place to start if you like a sweeter taste to your liquor. It also makes awesome cocktails, so you don’t have to drink it straight up.

Now the biggest difference in this type of whiskey is in its name – rye. Rye whiskey is distilled in at least 51% rye (a type of grass that is related to barley). And we have to be honest, this drink isn’t for the weak. It brings the bold and really has a much spicier, harder edge than bourbon. There are also two categories for rye whiskey, and it comes as no surprise that is based on where they are made. Canadian whisky and American rye whiskey. American rye is the darker cousin to bourbon, not in looks but in taste. Canadian whisky isn’t just spelled differently – it actually doesn’t have to be made of rye grain! As long as it possesses the general qualities then it can be labeled as rye. Crazy.

Why try it? Hey, fortune favors the bold. So if that’s your motto, go with a rye whiskey. And if you don’t like one, don’t knock it yet, there are a lot of varieties to choose from.

If you said this has to be made in Scottland, you’d be a genius. Or just have some common sense. As its name implies, this whisky is a product of Scotland and cannot be called Scotch otherwise. This liquor is made from malted barley and aged in oak casks for about three years. It has the oldest history of whiskeys and it’s rich, just like its flavor. There are specific regulations and categories. But for beginners, let’s just say it’s like bourbon with a bite. This isn’t where we would recommend starting if you are new to whiskey.

Why try it? Again, this isn’t something we recommend for amateurs. It’s rich and has an acquired taste. It’s a great place to work up to because when you do, it’s really good.

Guide to Whiskey – How to Drink It

Okay, so when you imagine whiskey we know you see the glass with two fingers of caramel-colored liquor. However, that isn’t our first suggestion to introduce yourself to the world of whiskey. We actually think you should try it in a cocktail first. And there are plenty to choose from. You can scan our blog for drink recipes or ask your favorite bartender what they recommend. What we can say is whiskey goes well with many citrus juices and honey or simple syrup.

If you are still wanting a classic whiskey glass, know the two ways to ask for it – neat or on-the-rocks. Whiskey neat means you drink it as is, a room temperature whiskey in a glass. On-the-rocks refers to putting ice on your liquor to make it cold and dilute it a little. There are strong opinions on this but if you are starting out, you might want to go with on-the-rocks.

According to a study conducted by the International Wine & Spirit Research, the number of Americans drinking locally produced whiskey has grown to almost 30%. It’s interesting to note that while bourbon may be depicted as the “drink of real men,” almost 40% of whiskey-drinkers in the United States are women, including pop-icons Lady Gaga and Rihanna.

Overall, there is no right way to enjoy your drink. As long as it suits your taste, it is the right way. You might also want to keep whiskey at hand around the holidays. If you have any questions about our guide to whiskey or would like some suggestions, we are happy to help. Stop by Festival today to grab a bottle to try.